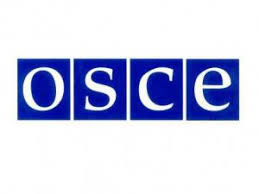 Tirana, November 25, 2011 NOA/R.Bulku - The Head of the OSCE Presence in Albania, Ambassador Eugen Wollfarth, handed over OSCE Presence-funded information materials on anti-discrimination to the Commissioner for Protection from Discrimination, Irma Baraku.

The package of materials includes brochures and an audio CD on the law against discrimination, as well as leaflets explaining duties and rights under the law, all published in seven languages and in Braille.

Artwork by school children on the theme of anti-discrimination, published in a brochure entitled “Different but Equal”, is also included. The materials aim to target key actors, persons potentially facing discrimination and the wider public.

The Presence worked closely with the national authorities in drafting the anti-discrimination law and supported the establishment of the Office of the Commissioner.

Electronic copies of the brochures can be downloaded from the Commissioner’s website (www. kmd. al), which was also created as part of the Presence’s project on preventing and combating discrimination in Albania.