Ambassadors: To consolidate the rights of women 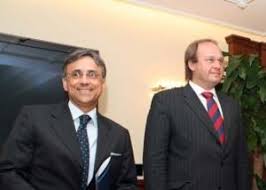 Foreign diplomats in Albania have sought consolidation of the rights of women in our country. Through an open letter, ambassadors and senior representatives of international organizations in Albania emphasize that Albania has made progress in promoting women's rights, the Criminal Code and Election Code that will soon be reviewed by Parliament, to address the concerns Women's participation in politics and domestic violence.

But even though they regarded as an encouraging step inclusion of gender quota of 30% in the Electoral Code, the access of women in decision-making positions in national and local level remains low. "While women represent only 16% of seats in parliament, 12.4% of members of municipal councils and municipalities, and only 7 of 384 heads of government, they can not have a strong voice and ensure that the interests and needs their properly addressed. Review and strengthen the existing system of gender quotas in line with the recommendations of OSCE / ODIHR, should help to ensure hearing the voice of women, "reads the letter mabasadorëve.


Ambassadors also encourage national authorities to ensure that criminal legislation to provide to the protection and appropriate legal mechanisms to survivors of domestic violence. They expressed the worry out of official statistics show that 17 women are murdered by their husbands last year while adding that the most important is the need to criminalize gender-based violence as well as domestic violence.


While Albania has adopted the Law "On Gender Parity in Society", Law "On Protection from Discrimination", the Law on "Measures against Domestic Violence" and recently signed the Council of Europe Convention "On the prevention and combating violence against women and domestic violence. "
(ora news)